Three Crowns.  A Princess.  A Secret.

Aramanda is born with the mark of three crowns, the daughter of a powerful king. To rule after her obsessive father, she must uncover a family secret from a mystical past, survive the machinations of her half-brother, as eager to be crowned as she, and contain her passion for her father's favourite, one of the infamous 'hounds' of the Dunian court.

Excerpts from Legend of Three Crowns:


The Three Crowns:
"She rested her hand at her hip, at her most prized asset, the mark of royalty. Rich brown against the pale of skin, its shape that of three crowns, each proud point reached above the angle of bone.  She memorized again its every line, wondered at the providence that had put it there, the royal obligation that marked her. The King had dubbed it ‘the triple crown’ upon her birth, displaying the birthmark to foreign ambassadors and dignitaries until the Princess had reached the age of five.  Now, visible only to Aramanda and her ladies, it held the ring of a lost legend, many times told, its exact origin forever obscured."

"Aramanda pressed the skin, as if the mark might erase, but it was as much a part of her as the fortune that had applied it.  Her touch brought a surge of desire, a will that could be called upon, could propel an arrow to its mark. A wondrous thing, this fate that drove her.  How inescapable its power.  It brought visions that possessed her mind, surrounded her heart, told her that this alone could be her life: to follow her father, serve the people."


The Succession:
"Aramanda was perfect . . . but not perfect enough.  Francis felt the torture of that, a changeling that wriggled inside whenever he remembered where she came from: he, the son of warriors and witches, and Lydia—Queen of Torra, and forever the thorn through Francis’ heart." 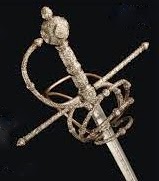 "Milton unsheathed his rapier, light in his hand, perfectly weighted.  A gift from Francis for his first conquest—a girl in his daughter’s entourage, dark-haired and dark-eyed like her mistress, but unremarkable otherwise, he’d discovered. He’d been more pleased with the reward, the silver hilt gilded with stags and doe, and finely etched with branches of hemlock trees, its long steel blade expertly forged."

The Boar Hunt:
"Edourd felt the noise between his ears, like a torrent.  There was the hot, sticky feel of the sword through his glove, the sickening smell of the boar’s breath upon the air.  He felt the power of the black body, solid in its affront, unrelenting.  It pawed the ground, shook in its fury; it was a wall, terrible and taunting.  Edourd took a step forward, holding the sword before him.  With a horrible roar, the animal lunged."

A Royal Ball:
"And now, the caller sounded, and she stepped into the mosaic of multi-coloured fabrics, courtly faces, rushing fountains, and cascading chandeliers. Her father, prisms of light dancing from his jewelled doublet, greeted her with an exclamation at her loveliness, unequalled by any lady, surely.  Her eyes swept the room, noting the arched windows with their thick brocade curtains, the polished wood floors, the intricate tapestries with alternating scenes of love and violence that covered the silk panelled walls of her father’s ballroom."
The Horse Race:
"Edourd could see her, focussed on the desire to win, moving expertly in the wind, an unbeatable apparition." 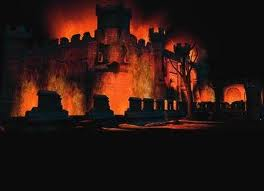 Fire:
"Aramanda steadied her horse, sick as the smoke entered her lungs and curled into her stomach.  The sting watered her eyes; the landscape loomed in waving menace.  Flames along the buildings reached with long fingers like the talons of some fantastic bird, and struck the next roof with the speed of a well-aimed attack." 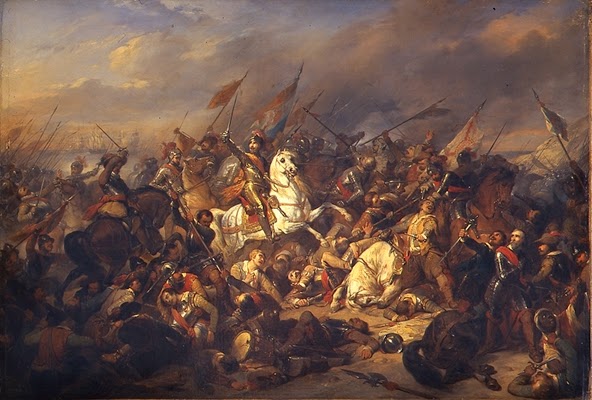 Battle:
"A swirling mass of agony met their eyes.  The people fought brave against the soldiers on horseback, their crude implements clashing with forged weapons, and the raging opposition of the horsemen, soldiers oblivious to those that lay silent against the stone and grass."

Insurrection:
"John surveyed the scene of his inheritance: the burnished light over strained faces, the eerie silence, the dust that danced between the villagers in futile protest. The boy strangled, slowly, horribly, in suspension over the dubious site of home. “Your legacy,” Albert said, “is to accept who you are.  Aspire to master that,' he nodded at the dangling object, 'or you will find yourself in his place, without privilege or care.'"

Milton and Aramanda:
"He took her hand and held it, their fingers soft against the hard basin.  She did not withdraw, but stared into the fountain, eyes wide with pain.  He wanted so much to kiss her, this vision before him.  He wanted to caress her and hold her, so the world would go away, and her father would love her without demanding perfection." 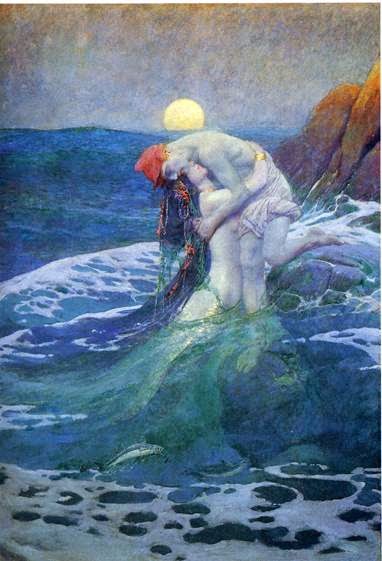 "She dipped her hand back into the fountain and trickled water over his wrist; the wet sensation of her fingers brushed his hand, soft and slippery against his skin. “Majestic water,” she said, “of the Lyxton Gardens.  You shall be settled with royalty forever.”
"She laughed, an abandoned sound. Milton envisioned Aramanda, her eyes in moonlight, her hair loose over bare shoulders, her body emerging from water, and smiling as she did now . . .  He took a step back, trying to shake the scent of the royal flowers from his senses."

"Milton caressed her fingers, evoking heady gardens, clear days; an energy came to his movements, slipping over her skin as if to erase what he’d done, stave off what was about to occur."

"Her eyes searched his face, those eyes he loved, that saw everything; liquid black pearls that shone and reflected back all that he was, all he cared about."

"She wanted this man, this notorious man, who belonged to her father, and who lived in his world of abandon.  But now she could not look at him, wanted to escape . . . desired him to cover her in his touch.  He put his fingers to the side of her face.  She scoured the treetops, as if she might find a way out. Does he not know the danger he is in?"

Aramanda and Francis:
"Aramanda stood alone, testing the pain inside her, back and forth in cruel rhyme, the realization of who she must become, spreading over her life."

The Pearls:
"This was her sister’s house, and before that it had been Lydia’s, and now their ghosts echoed in the corners and wandered the grounds. She crossed to the bureau and picked up a circlet of pearls: Lydia’s, and Mary had given them to her. It was all she had of their mother."

The Hounds:
"The Hounds had always stood apart.  Beyond Francis, they had only each other to take their part."