Aramanda is her father's star. He brags loudly about her attributes, laments at how he spoils her. But underneath the façade of a bluff and beloved king, is an obsessive father who demands perfection. Aramanda is separated from her siblings at an early age, and taught to excel at the warrior training and scholarly accomplishments her tutors set for her. Her brother, Edourd, is similarly trained, and when the siblings come of age, Francis pits them against each other in competitions for the court's amusement. He rewards the winner, inflicting humiliation on the loser.  The comfort of her sisters, Mary and Adamere, are removed from Aramanda's reach, and they are exiled to their mother's country estate, a source of sorrow for the siblings.

﻿
"Aramanda’s beauty was renowned, and her father adored her, a fact which both intrigued and cautioned the King’s gentlemen. She had black eyes rather large for her face, and so luminescent they drew attention from the sculptured features so like her father’s."

"Milton admired the persona that commanded attention, had drawn many an enquiry for her hand. But Francis seemed to have another destiny in mind for his favourite daughter, an intention borne out by her purposeful gaze, and the birthmark reputed to be still visible on her hip."

"A deep silence surrounded the Princess, but volumes issued from those eyes."


"Aramanda felt triumph lengthen her breath, an expanse in her chest that seized her every motion, banned all else from her mind. Winning, that was the adrenalin that coursed her. Her father, her destiny, the black voice inside that insisted she obey, raised her to flying, propelled her to conquer, all cost forgotten. The wind filled her lungs, water soaked her legs to her thighs. From here, she need only climb the beach, dash across the finish, and victory would be hers."

"Aramanda wondered if pleasing him could ever be gratifying again. As a child, her mere existence had excited his admiration, her accomplishments, his, and his punishments justified, but now, glancing at her brother, then back at the King in his moment of glory, her worth seemed to rest on an indefinable future only Francis understood."


Edourd Dumas, Prince of Dunia:
"As a child, the young prince had been mystified by her, her distance and control seeming regal, untouchable. The courtiers had whispered at a barely discreet distance, standing in their ceremonial finery, that Aramanda was the one their father would choose for his heir. Edourd would be turned aside, prince or no."

"A strangeness had enveloped him, seemed to push him aside. Edourd had hated her, despised the rumours of her birthmark that so enthralled their father, and resented the power that her popularity afforded."

﻿
"Edourd strode from the room, anger building a wall within him so great that he thought the strength and thickness of it would topple him."
"Edourd rounded on the beast. He would kill this menace, this devil of the forest depths that dared challenge him. Lifting another spear from his squire to his mount, he moved in on the trapped animal. It lunged forward, striking viciously for the upper leg of Edourd's horse."

"Edourd did not need a reminder of his pact with the lords. He did not welcome this test of his bond, but it did not matter. Insurrection was a threat to the ruling class, whatever precipitated it. This was Edourd's chance to prove to Francis that he could lead men."
﻿﻿﻿﻿﻿﻿﻿﻿﻿﻿﻿﻿﻿﻿﻿﻿﻿﻿﻿﻿﻿﻿﻿﻿﻿﻿﻿﻿

﻿﻿﻿﻿﻿﻿"His curling hair, light brown, turned nearly golden when the sun hit it, and his boyish features complemented the tailored silk of his cavalier station. Eyes the colour of dark honey carried a message of sweetness that had softened many a woman’s heart. His figure, strong and lean, had the energy of youth, and he carried himself with ease.

"It seemed nothing was sacred to him, and his hold over her father had caused the lords much aggravation, for Francis refused to punish him for even the most outrageous behaviour. It was Milton Tilles who had accelerated the King’s wagers with court women, and who had first coined the term ‘hound’ for Francis’ gentlemen, so to describe their access to the King’s court without restraint."

Francis Dumas, Aramanda’s father:
"It hurt too much to be a husband, or father. Better to be a king, where one’s duty was clear.  Edourd and Aramanda understood.  They were raised to compete, trained to endure.  Mary had not understood, she never would have, no matter what her training.  From the moment he had seen her, his first born, her child’s eyes gazing at him with wisdom and awareness, he had known that Mary would love him too much."

"And Aramanda had seen.  She had seen who he was, the dark shadows of the past, the murderous intent that had made him king and would keep him there to control her.  She was no little girl, no curious woman. But a warrior, victory or victim, win or be swept away, stronger than a king, and too untouchable to love."

"Aramanda could look at him with such suspicion and adulation at the same time.  Like his mother, Elisabeth. A witch, people said, descended from the Lords of the Northern Hills. Even today, her spirit taunted him in the vastness of the palace, hovered over the hard and ornate surfaces of the corridor before him."

"Elisabeth Allot Dumas, his impenetrable mother, had been succinct about his duty.  She had spent long hours tutoring her son, instilling in him the sense of right that governed his life. There was no room for deviation, the path was set, and no mere sentiment found its place in her plan."


Adamere Dumas, Aramanda’s youngest sister:
"Adamere scurried in, a pleasant young woman, he decided, gazing at her curved figure. Even with the affected distress distorting her countenance she was lovely, and lively. He felt a rush of affection for this girl, his daughter, as she put her hands to her face and formed a petulant frown."

Lydia de Paramount, Queen of Torra and Aramanda’s mother:
"Mary would have scolded him, told him to rise, and be a king. No, that was Lydia, his wife, his tempestuous, scornful, adored wife. How dramatic her features as she stared at him, brilliant the light behind her, an orange halo that spread, turned to haze. And his mother’s voice, demanding, stern.  Warning him to be vigilant.  Look to the three crowns."

Paul Carton, Milton’s friend and fellow ‘hound’:
"Paul called for his horse, struggling to balance himself, and staring with set concentration at Milton.  'Princess Aramanda is a tall beauty with a crown for brains, and glory for a heart.' He put a hand to Milton’s shoulder.  'Your world is with us. Like it or not, you are mere privileged like the rest of us, and you cannot reach the heights of martyrdom.'"


Robert Ashley, Milton’s friend and fellow ‘hound’:
"I plan to stay in the King’s graces, Milton, something at which you are charmed.  And to gather some land, an estate."

Medson, the King’s spy:
"Medson applied the hot pinscher to the man’s lips, sealing them together in a death grip that caused a savage round of internal screams, vibrating through the victim’s throat. Informers, blackmailers, traitors. Medson would send them all to hell if the King asked."

Stephen Crofts, Leader of the Isling Contraband:
"Ships, that’s what he was about. Agile, three-masted whore-ladies built for cargo. He was born to them, the boards like a cradle under his feet, rocking and holding him steady at the same time. The men joked, called him a pirate, but he wasn’t really. Pirates ended up at the deep of the sea, and Stephen knew he never would."

Mary Dumas, Aramanda’s older sister:
"The gentleness of Mary’s love touched her like a brush on the arm, pervasive, but taken away when Aramanda turned to embrace it. "

George Dumas, Aramanda’s paternal grandfather:
"Edourd felt the warrior’s eyes that followed him up the staircase, absorbed willingly the power of George’s persona that clung to the stones, lurked in the weapons and trophies of the great duke, his grandfather, who had ridden from Isling like a conqueror to become king."

David Donton, Aramanda's Secretary and Jeffrey Donton’s son:
"He felt as if he had known her all his life, this icon from his father’s world, this possession of the King’s. Peering through a glass divide at the inner workings of a self-absorbed court, David saw what others missed. Aramanda, from her vantage as the centre of attention, had learned the same: to divide herself from others and know what they did not."

﻿
John Treyans, Earl of Byxley and Edourd’s confidante:
"His observations at court and his service with the Prince made him wary, but it was his duty at home that disturbed him most. An overbearing father and a grasping mother were enough, but the expectations, those were unbearable. He hated, not what he had come from, or where he would need to get, but who he would have to unseat to get there. That was something any sensible man at the court of Francis Dumas would have to beware."
﻿
Albert Treyans, Chief Lord and Duke of Byxley:
"Beyond, the vast stretch of Byxley estate, valleys and hills and forest as far as could be seen, all of it lush. The lake glistened in the distant sun, and a pathway cut from the road along the water’s edge and led up to Byxley Hall, the most picturesque of all the lords’ estates. The village beyond was a rich community of farmers, landholders and gentry, all beholden to Albert Treyans, their lord."


Phillip Starner, Prince of Moiraan:
"The wondrous rumours about this woman seemed pale next to the reality, an indefinable worth that projected more clearly her flaws than her attributes. Mere mortal she was, flesh and blood, the goddess a hard shell and the woman beneath the true pearl. There was a sadness about her Phillip could feel, a separation of her from the path she navigated.

"She smiled, an expression both warm and encouraging, and Phillip marvelled at the place he found himself. A fairy tale princess, a commanding king, palaces in which his father could fit two of his own . . .  Dunia was indeed an enchanted place."


Jeffrey Donton, Chancellor of Dunia:
"Loyalty had brought him to this, a connection to a powerful master, and a passionate belief in the mystique of a line of kings."

﻿﻿﻿﻿﻿﻿﻿﻿Queen Caroline, Francis’ present wife:
﻿﻿﻿﻿"For years she had endured being queen with a placid acceptance that belied her true feelings.  People swarmed about, pleasing her their greatest concern, when what she truly wanted was to be left alone."


﻿ Diana Chinley, Court Mistress:
"He listened to Diana’s chatter, her bosom rising over her satin gown as her tiny-sounding words tumbled out, and her fingertips caressed a jewel at her throat. Her deep red dress, sleeveless, was tight over her form. The sheer pink satin over the bodice gave the momentary illusion that she were wearing nothing there at all." 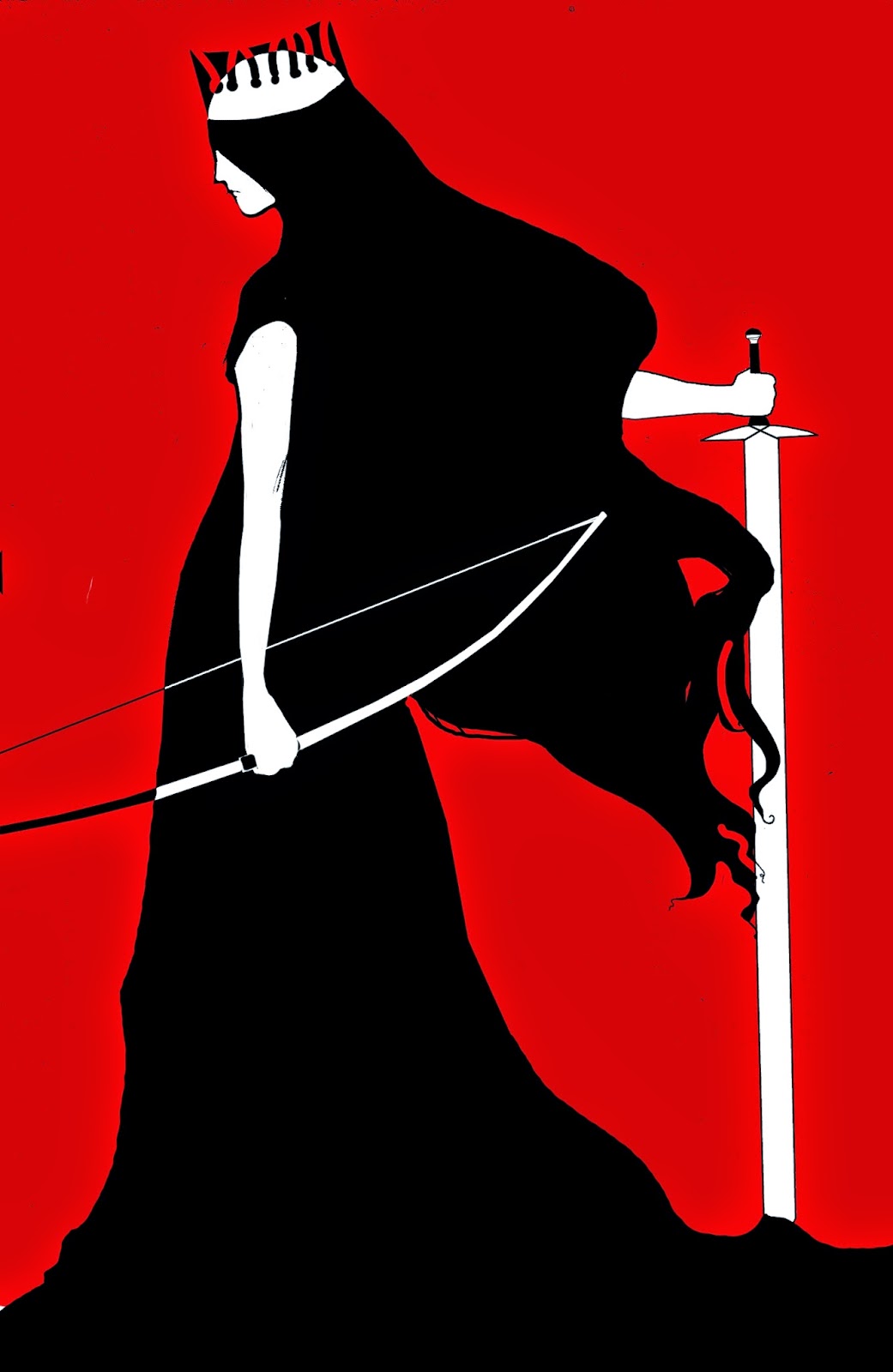 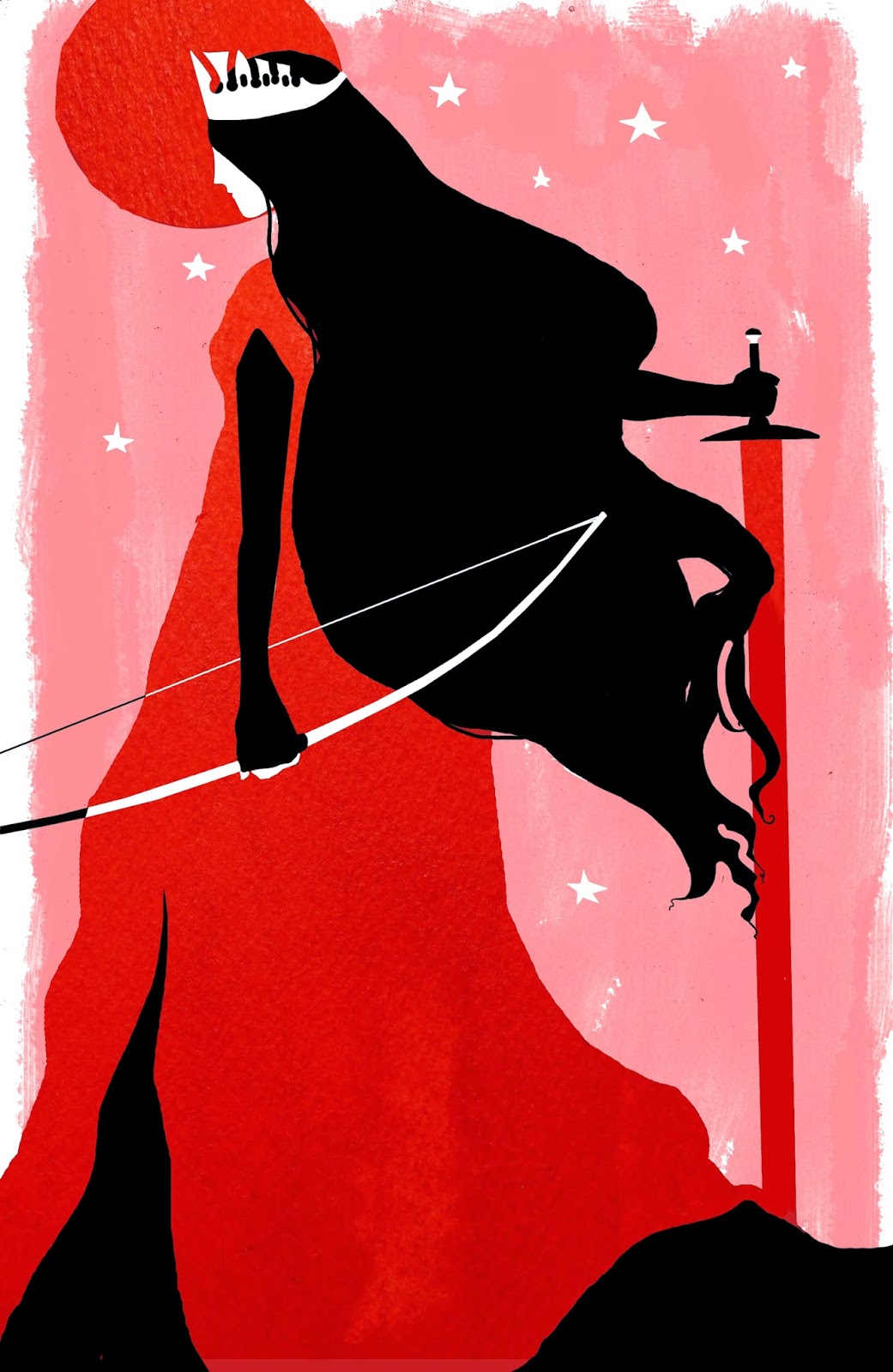